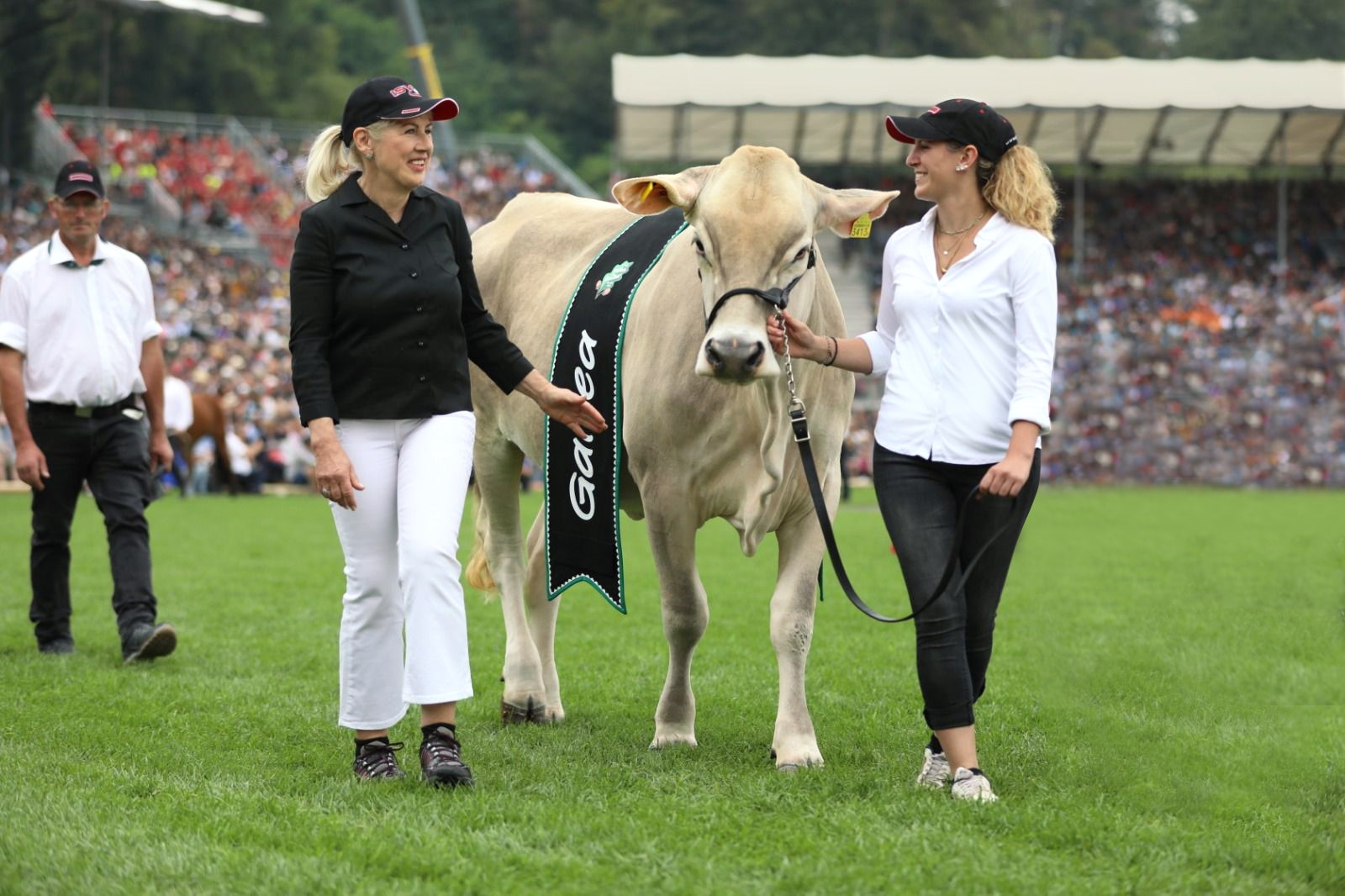 The ESAF 2022 was a huge success for the Central Swiss Wrestling Federation (ISV). The Leister community has been cheering along with their swingers and this time crossing their fingers has helped. More about the ESAF 2022, about the Leister cattle Galilea and some impressions can be found in this blog post.

Already at the Eidgenössischen Schwing- und Älplerfest 2019 in Zug, ESAF 2019 for short, the Leister fans are counting on Joel Wicki. At that time, he narrowly missed out on the title of king. At the ESAF 2022 in Pratteln, keeping fingers crossed and cheering on helped: Joel Wicki won the Muni Magnus or cash prize as the wrestling king. And Nick Alpiger from the Schwingklub Lenzburg achieves third place and thus receives the Leister cattle Galilea or the prize money as a gift.

Why Leister cattle? If you are one of our blog readers, you already know. For all others to explain: As an association sponsor, Leister has been in partnership with ISV since 2010. Our partnership includes the promotion of the sport of wrestling, the young wrestlers, the team spirit, and the dressing of the young and active wrestlers as well as the support staff. In addition, our Chairman of the Board of Directors Christiane Leister and Bruno von Wyl, member of the Leister Executive Board, are honorary members of the Sarnen Wrestling Section. As an additional commitment to the organizing committee of the Swiss Wrestling and Alpine Festival, Leister always donates a live prize for the ESAF.

And our bovine Galilea as the live end prize at ESAF 2022 was very special. Because Galilea is the offspring of our bovine Bombay, which we donated at the ESAF 2019. Even then, the third-placed swinger Marcel Mathis preferred to take the prize money. Bombay returned to the Küchlers in Kägiswil and gave us the calf Galilea in September 2020.

As the association sponsor of the ISV, it fills us with great joy and pride that the ISV was so successful at the ESAF 2022. Congratulations to our wrestling king Joel Wicki.

Congratulations to Nick Alpiger for the Third Place

We also congratulate wreath winner Nick Alpiger from the Lenzburg Wrestling Club on his third place at the ESAF 2022 and wish him continued success.

Because Nick Alpiger chose the cash prize, Galilea was allowed to return to Kägiswil to the farm of Jasmin and Christoph Küchler. And in keeping with ESAF tradition, Galilea is expecting offspring. Maybe our next donation for the ESAF 2025? Let's be surprised.

Thanks to the whole ISV team and all supervisors.

Of course, we would like to thank the entire ISV team and all the coaches. You have done great things again. We are already looking forward to the ESAF 2025. Let's continue to write the success story in Glarnerland.