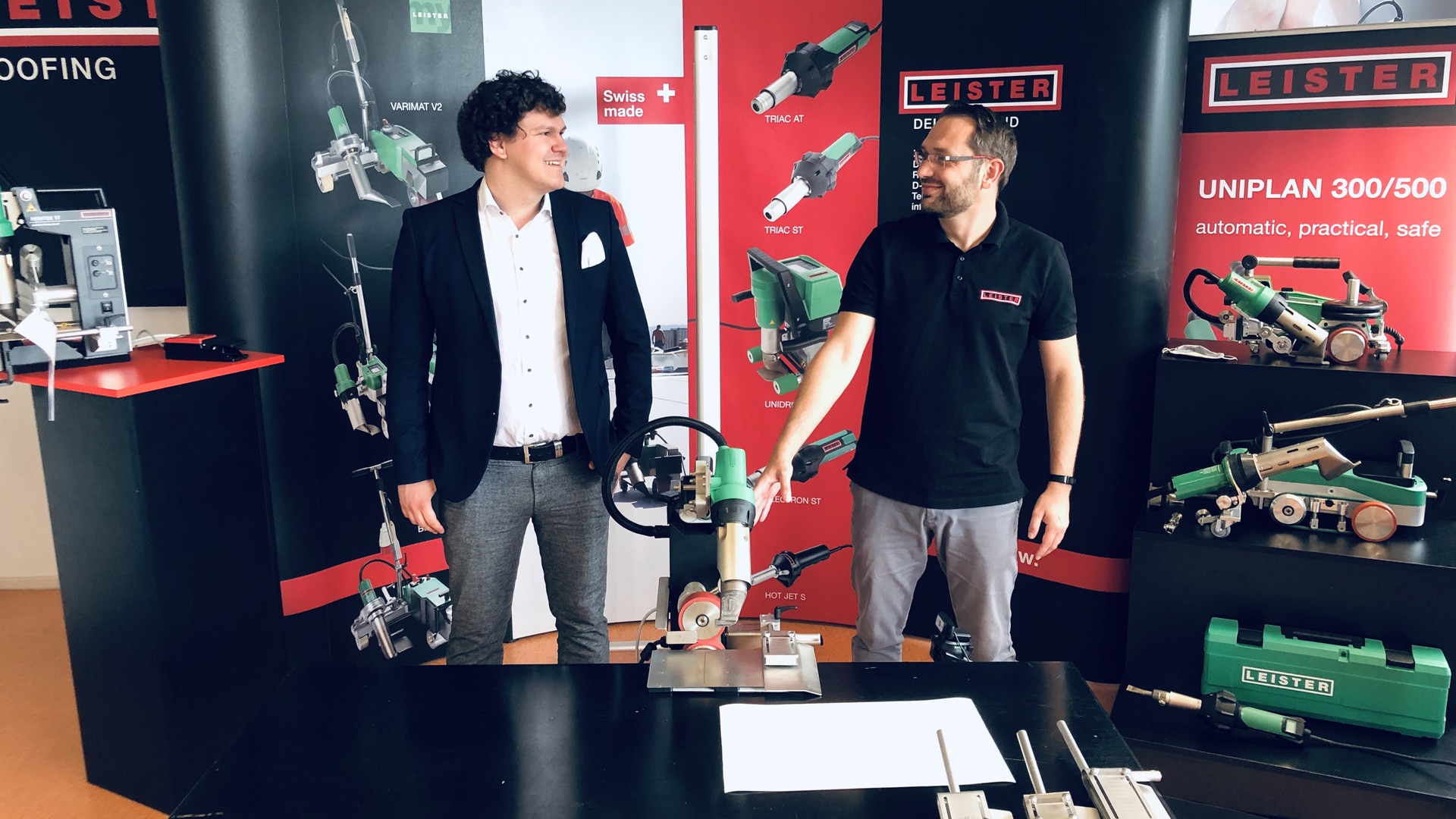 The Leister Group is represented on three continents with country subsidiaries for sales and service.

Equipment and spare parts stores, demonstration and training rooms, repair workshops and application laboratories for laser plastic welding are available to our customers on all continents.

Leister Shanghai has been the production site for Weldy tools in China since 2004. The development and production of the Weldy product portfolio is based on Leister standards for functionality and quality.

Leister has a long-standing presence in China. The market entry in China took place in 1980 with cooperation from the sales partner in Hong Kong. In 1993 the first distributor was established in China. Since then, Leister has considerably expanded its coverage of the Chinese market with an extensive network of distributors and by founding its own company in 2004.

India has been a key market for Leister since 1987. As early as 1990, Leister began exhibiting at the first national trade fair for the plastics industry, Plast India, which was held in Delhi. Over the years, Leister has greatly expanded its presence throughout India and considerably extended its range of products and services in the country.

As one of the largest economies in the world, Japan has been a desirable market for Leister for many years. In 1967, the first Leister sales partnership in Japan began. Since then Leister has continuously expanded its presence in the land of the rising sun.

Leister Singapore is the youngest scion in the family. The national subsidiary was established to be closer to the Southeast Asian markets and to provide even better customer support for the already dense network of sales companies in this region.

Leister has been the first stop for plastic welding and industrial heating products and services in Belgium since 1953 and in the Netherlands since 1963. Today, Leister has a nationwide presence in the Benelux to demonstrate, sell and service the innovative and high-quality products in close proximity to our customers.

Germany is the home of Leister. It was in Solingen (North Rhine-Westphalia) where it all began. In 1949, the Leister FIX W200 portable vacuum cleaner was launched. Soon afterwards, the first Leister KOMBI hot air tool to weld thermoplastic polymers was introduced.

The importance of Italy as an important market for plastic welding and process heat products was recognized very early in the history of Leister. Since 1958 Leister has been offering sales and service for its innovative and high-quality products locally in Italy.

The success story of Leister in the United States dates back to 1961, when Leister entered the American market. Since then, the company has continuously expanded its presence through a rapidly growing distribution network in order to be closer to its customers.